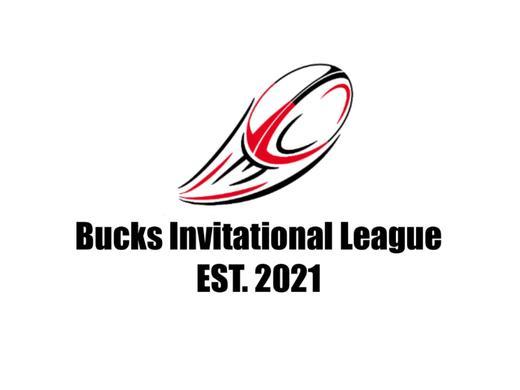 Introduction to the Bucks Invitational League

The season is here!

With the season just a few days ago, I thought it would be a good time to provide an introduction to the new league.

They say “necessity is the move of all invention” and it was no different with the Bucks Invitational League.

A few Team Managers working in the girls sections of their respective clubs wanted two things - competitive Rugby for their teams and a load of fixtures in the calendar without loads of fuss. This was the beginning of the new league.

The original idea blossomed after a number of phone calls to other local Managers showed that there was significant interest in the idea as others were keen to have their girls playing league matches.

Due to the RFU rules around competitive Rugby, the leagues have been set up for the U15s and U18s but we have also arranged U13s friendly matches on the same days to make sure we’re getting as many girls playing Rugby as possible.

There are some competitive Rugby competitions available but they are generally aimed at the larger clubs with well developed girls sections. This can be a stumbling point for many so we wanted to be as flexible as possible. We knew some clubs in the area had large squads and some only have a few players at certain age groups. We therefore look at clustering clubs together so they can put a team on the pitch.

As well as being flexible with teams joining up together, we are also flexible with the whole ‘Bucks’ side of things. We did speak to all of the clubs in Buckinghamshire but we also spoke with some like-minded teams in adjoining counties so we now have teams from Buckinghamshire, Hertfordshire, Oxfordshire and Northamptonshire.

The teams involved in the inaugural season are


The Under 13s teams match the U15s league in regards to the clustering.

There will be a finals day at the end of the season for the U15s and U18s with a festival day for the U13s. This will be all about celebrating the players and having a great time.

Girls Just Want to Have Fun

Whilst it is competitive, the motto of the league is “the aim is the game not the win”. We want the girls to experience some competitive Rugby within a league but we want it to be in a fun, enjoyable and inclusive environment.


The Future is Now

The start of the first season is just around the corner and a lot of work has gone into this. We’re all very excited but we know there will be some teething problems and lots to learn.

We hope this is the start of something bigger, with more teams looking to join and with some clustered teams growing to the point where they have their own teams. We are also hoping this is something that will be picked up by other counties and we can have even more girls playing competitive Rugby.

This is a great sport for girls to be involved in and it is growing at a great rate. These girls are the future of Rugby so let’s make sure they have somewhere for them to play, grow and have fun.

Finals Day: A culmination of a great season. https://t.co/ftuJn4gqIZ

RT @KESands: Jasmine Joyce was meant to be on holiday when this interview took place but you'd never have known! ✅ Getting paid to play fo…

RT @commkitbag: I asked a few of the Mindset Sport ambassadors about why the Community Kit Bag is an important tool and what, if any, impac…